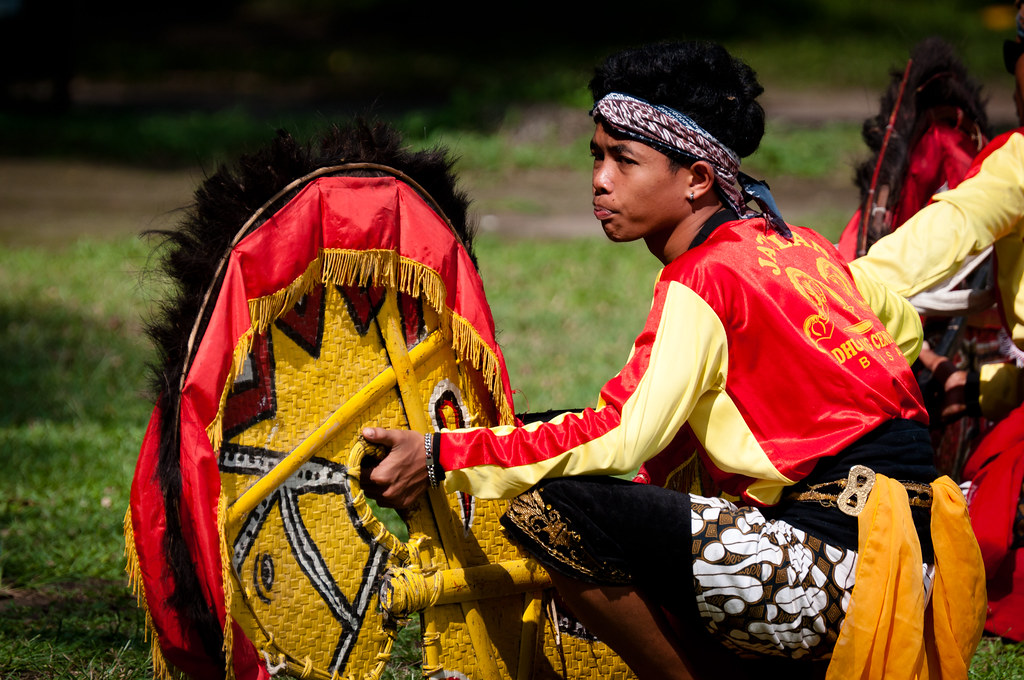 Each year, the local air force base hosts an event for the public which is open to all to visit the base for an air show. Growing up, I frequented events like these with my grandparents taking me each year. It was exciting to see this again, even if we were a bit limited for time and the weather could’ve been better.

The stars of the show were the ROC Air Force’s “Thunder Tigers,” a stunt group much like the US Navy Blue Angels or US Air Force Thunderbirds. They flew AT-3 trainers, which is a Taiwanese-created and engineered aircraft. They aren’t too fast, but are very maneuverable and actually quite quiet compared to the louder engines of a Mirage or F-16.

I noticed that tigers play a big role in ROC squadron art – I’m guessing this is partially due to the involvement of the American “Flying Tigers” who flew against Japan for the Chinese Air Force before Pearl Harbor. Their history is a bit fascinating and serves as a sort of basis to the rest of the ROC Air Force.

After the Thunder Tigers was a Dassault Mirage 2000:

Unfortunately I didn’t get this “sweet spot” over the crowd, but I survived. It was quite humorous to see them moving their cameras in unison as the planes flew by:

One of the main issues facing the ROC Air Force is its weakening relationship with the United States. Ever since ties have warmed between the PRC and United States, the ROC has found itself short on weapons to buy as the US fears it will anger China. As a response, the IDF or Indigenous Defense Fighter, was created in the 1990’s:

Of course, Taiwan does have its own F-16s, but they are the older A/B variants:

In addition, other American-made aircraft include the E-2 Hawkeye and C-130:

This is a bit more abstract than my usual style, but shows an oyster farm not too far from Chiayi, or 嘉義, in southern Taiwan.

Bombing the Dragon in Miaoli

Every year at the end of Chinese New Year, festivals throughout Taiwan seek to bring prosperity for the new year. One, near Tainan, is the famous Yanshui Beehive Fireworks Festival. People actually volunteer to have fireworks shot at them as they believe it will show their strength and health. Unfortunately, I missed it again due to unpredictable train schedules the night before I had to be at work.

Instead, I went to another festival that did not involve fireworks being shot at me, but instead at and around a dancing dragon. This Miaoli Hakka festival is called “Bombing the Dragon” and it’s easy to see why. After a few days of dancing dragons visiting storefronts and asking for red envelopes in exchange for good fortune, they are brought to an area where they dance around firecrackers. The dancers must wear protective eyewear, hoods, and masks, though a respirator is something I’d personally rather have. Even though I was further back (though still quite close), I was happy to have a mask and I will say that old clothing, earplugs, and a mask are all essentials when visiting.

Above: top, a dragon much like what was in the festival sits as the crowd arrives; bottom, festival-goers practiced their own dragon dance as a dragon team prepared for the night.

Above: a hanging dragon made of fireworks lights up as festival goers watch.

Note: I will not be posting much in the next few weeks as I’m heading back to the US to see my family and to get “married again.” You see, my wife and I were married in Taiwan. My family was unable to make the wedding and my mom would probably kill me if she couldn’t see me get married, so we’re having a second, smaller ceremony in the US. I’ll probably be posting some images from the US – including Ohio and NYC at some point.

Today’s images are from the weekend of 10/10, when a number of drum groups visited Jhubei for an annual drum competition and concert. These shots were taken during the day – others  can be seen from a large concert the night before.

I know very little about this group, other than that they’re from Japan and full of energy. One of my favorite groups to see by far.

This opera performance was taking part during a temple re-dedication last weekend. Due to some computer problems, you might expect fewer pictures. While this doesn’t affect my posting, it affects my post-processing – hopefully this doesn’t last long!

This egret was spotted in the farmland just east of the Jhubei High Speed Rail station. After going under the bridge for the station, you suddenly go from an urban/suburban landscape to countryside, and being in a river valley, it’s quite a beautiful ride.

This shot was taken in the older section of Jhubei around the BoAi Street area. I find it more photographically interesting and should really go back there more as there are plenty of distractions unlike the relatively “sterile” newer parts of town.

This shot was taken at the Hsinchu Zoo quite a while ago and to be honest, I’m not sure why I didn’t post it. It’s very sharp and shows off my 70-300 lens’ capability. It was an easy shot, taking place at the monkey pen at Hsinchu Zoo. I have seen semi-wild monkeys before – in Taiwan, the best place is Songboling – just make sure you REALLY follow the rules about not feeding them.

One of the headliners for the drum concert in Jhubei was A-Lin, or 阿玲, a female Taiwanese singer of aboriginal decent who is gaining popularity. I was able to get quite close even though I was sandwiched in by adoring fans. Most of these are ranging from ISO 1600 to 3200 due to the dramatic darker lighting styles used.

Before I post the photos, here is a music video of hers. I’m not especially into Taiwanese pop (though I do have a soft spot for Crowd Liu) though it works wonders when learning the language.