Taken in Sanxia at the main city temple, these are located on the second floor of the large building, which includes pretty traditional but ornate architectural elements. While it’s similar to most other temples in Taiwan, it’s a bit special in that there just seems to be a bit more. Sanxia is one of my favorite places to visit. I’ve posted about it a few times before. 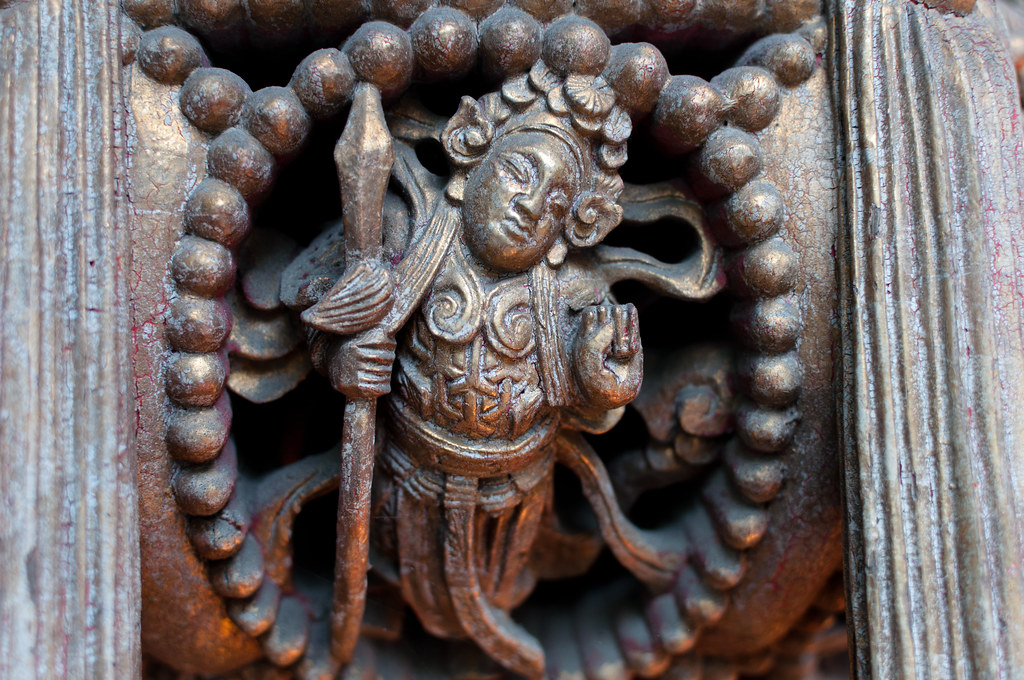 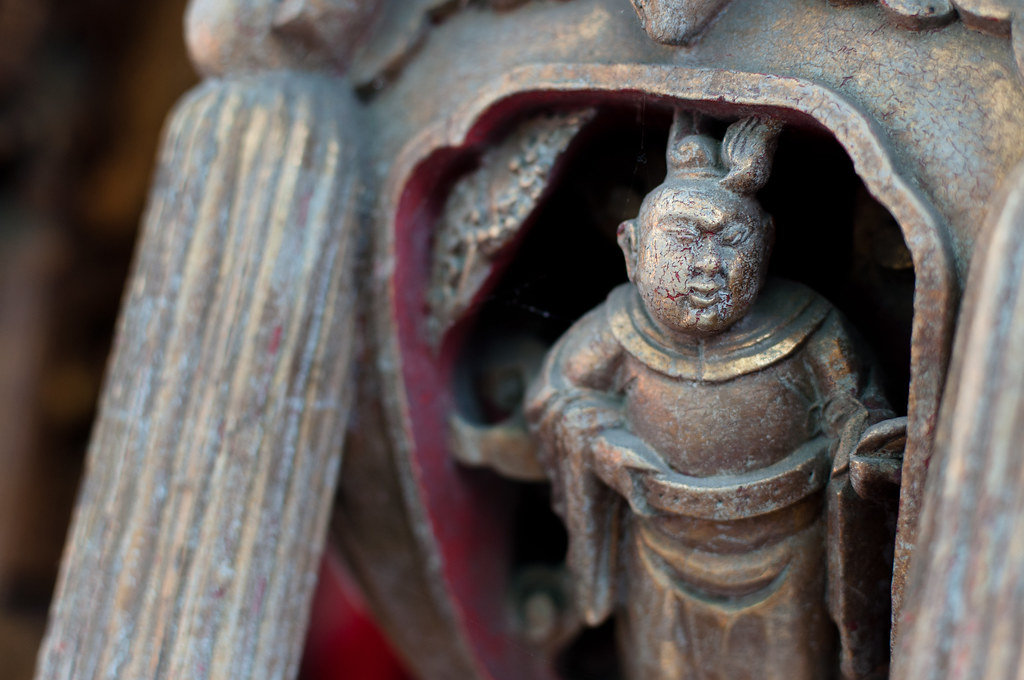 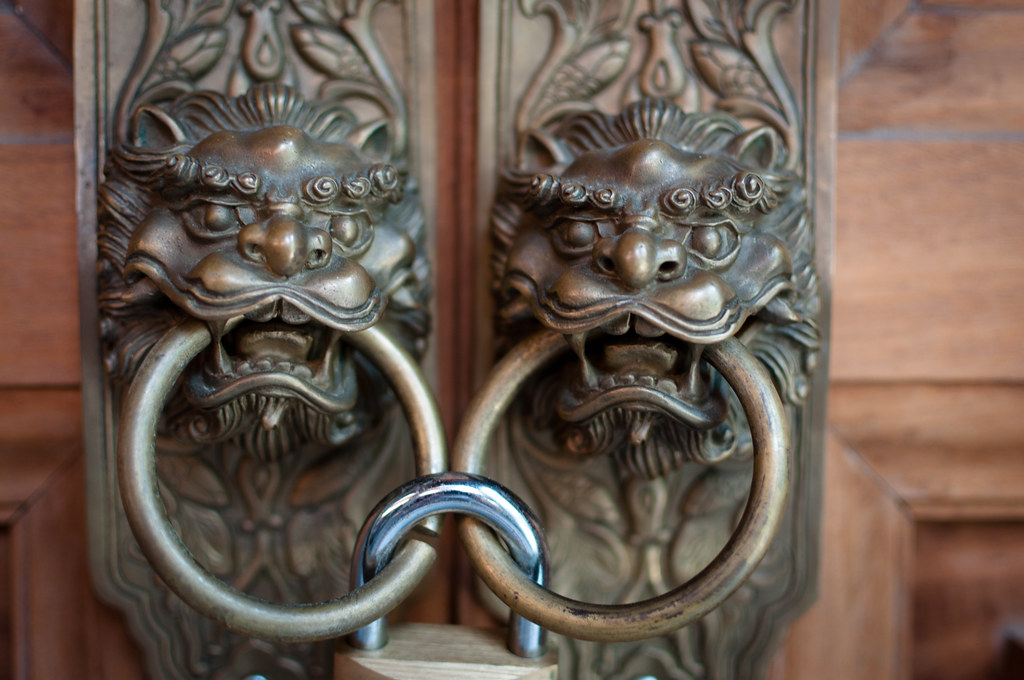 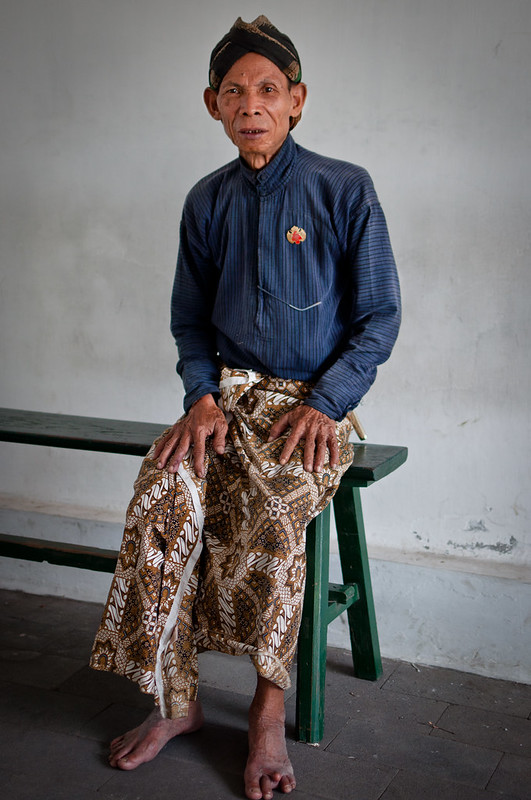 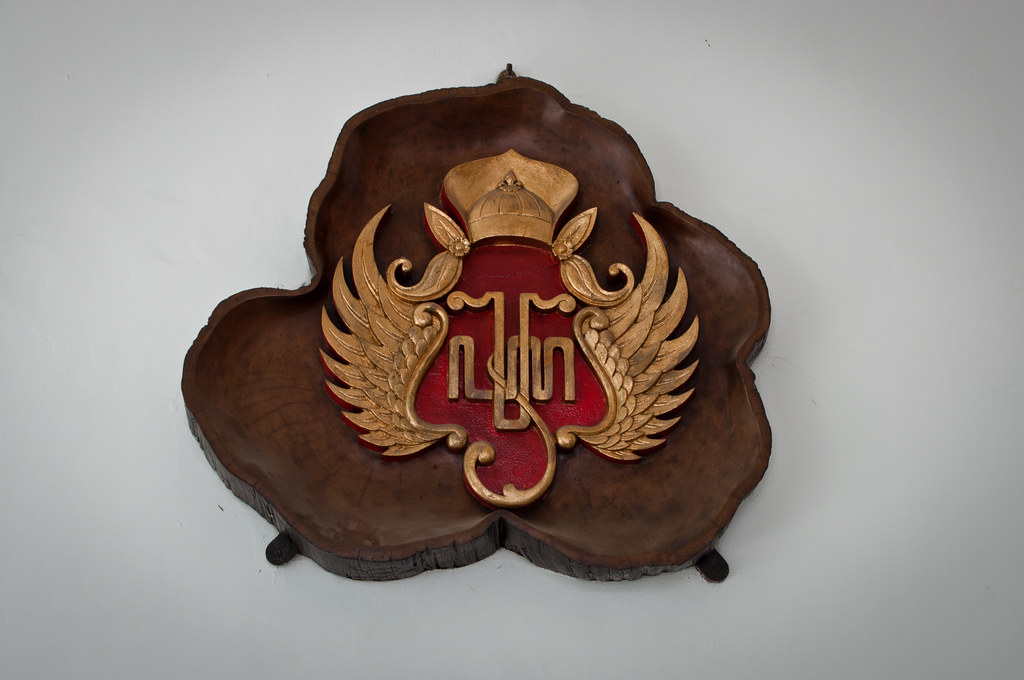 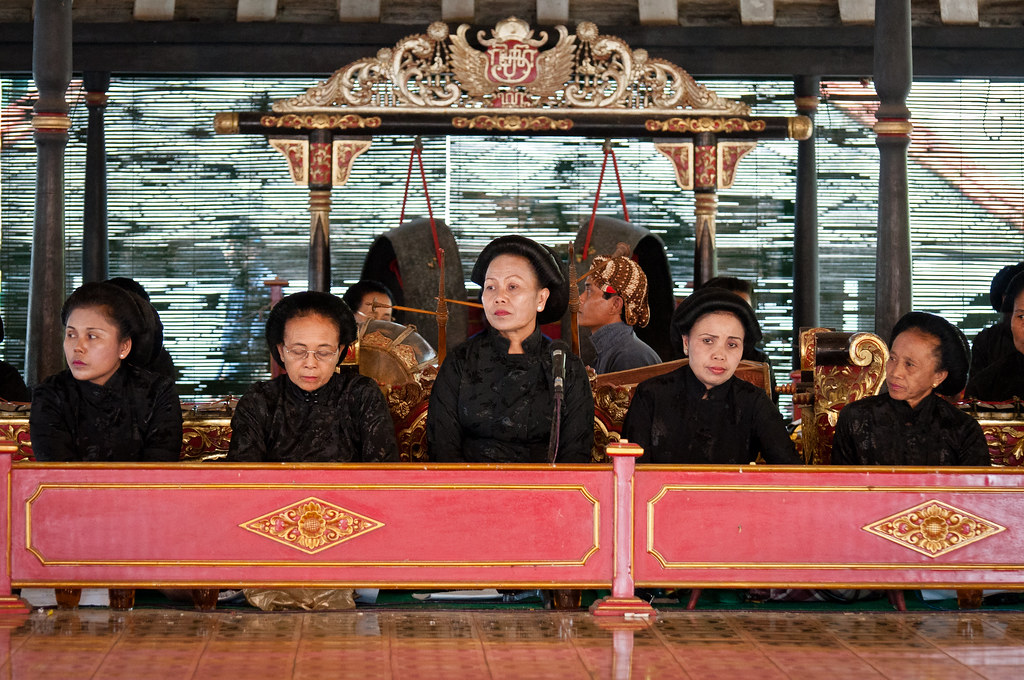 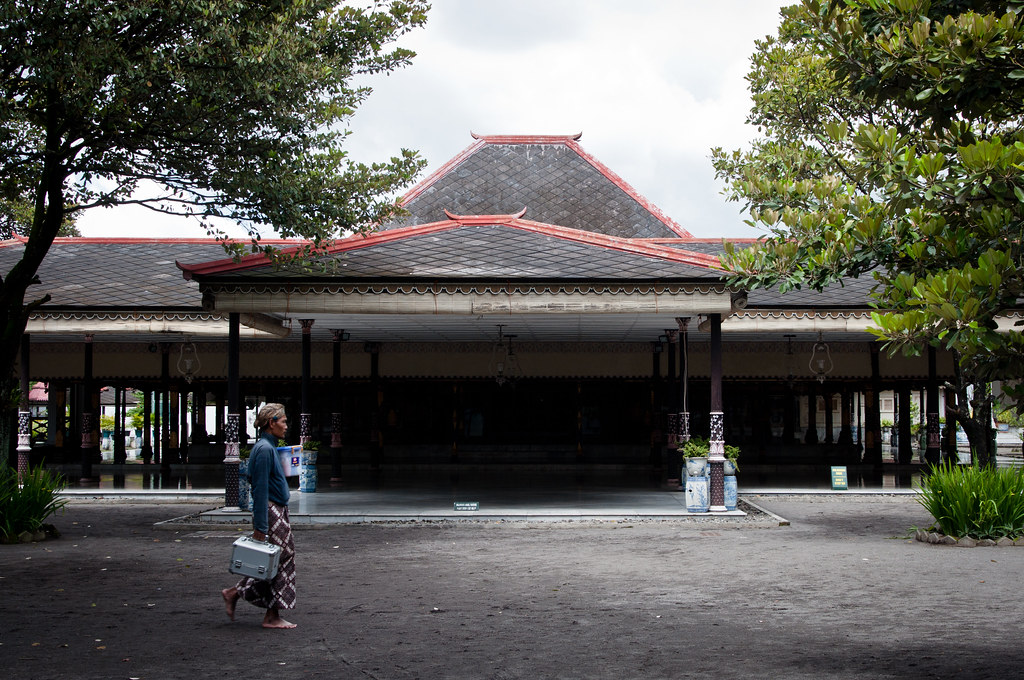 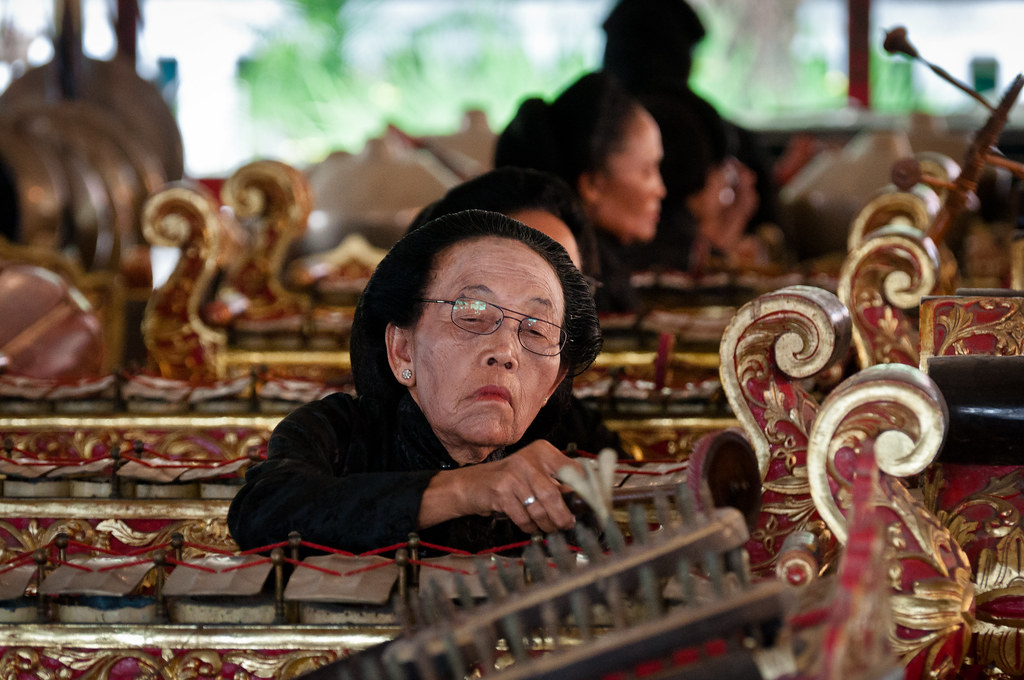 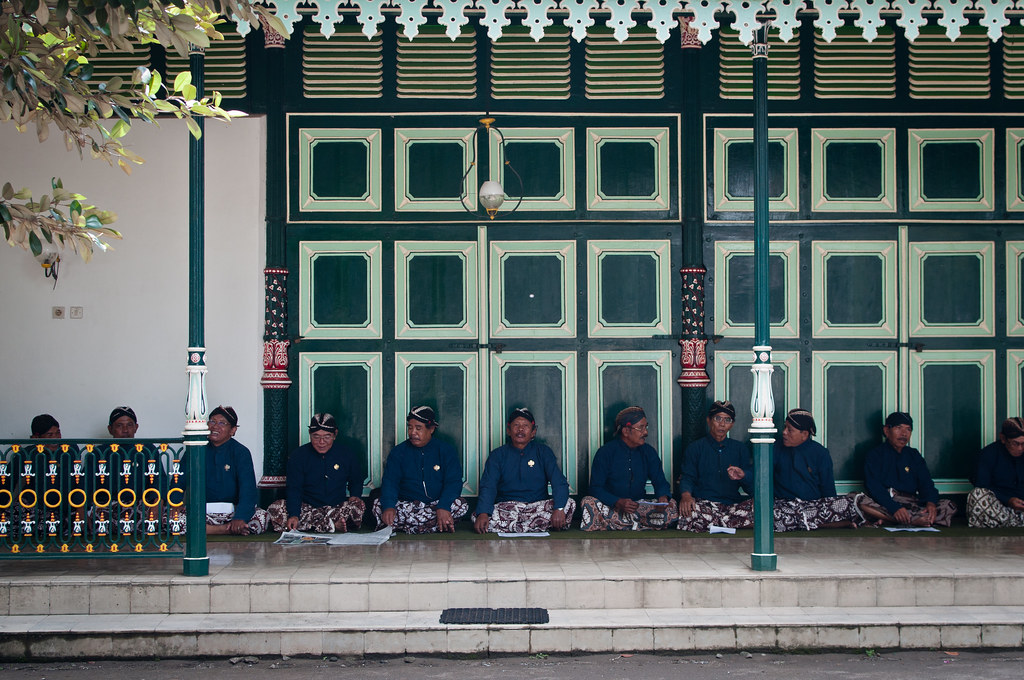 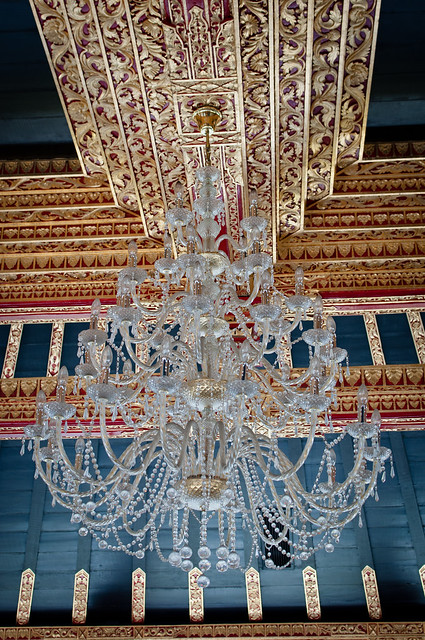 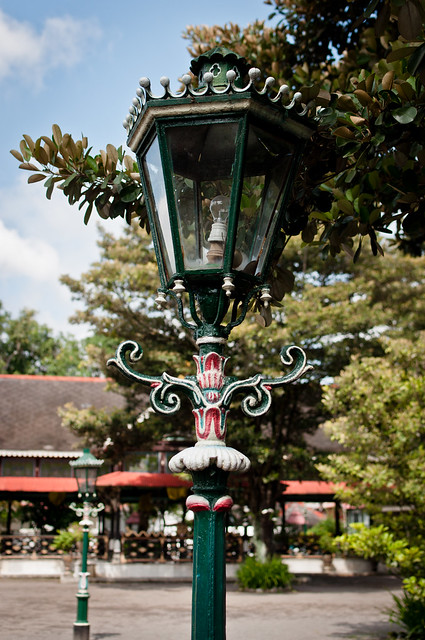 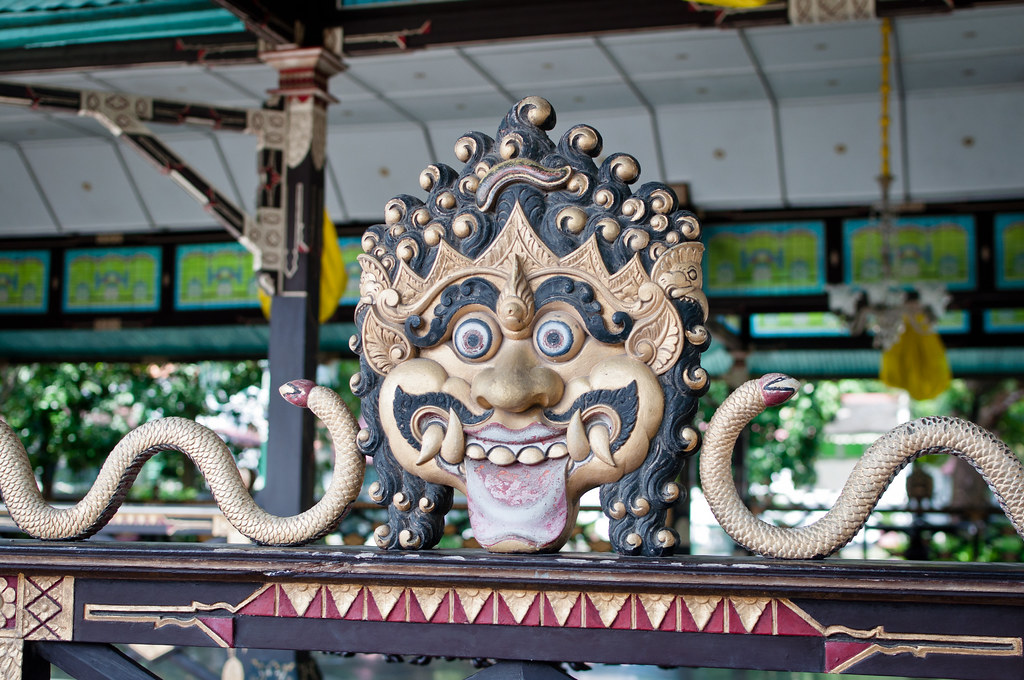 These are from around Jhudong (竹東), the city where I teach. First is the exterior of Pu-Zhao Temple, a Buddhist monastery… 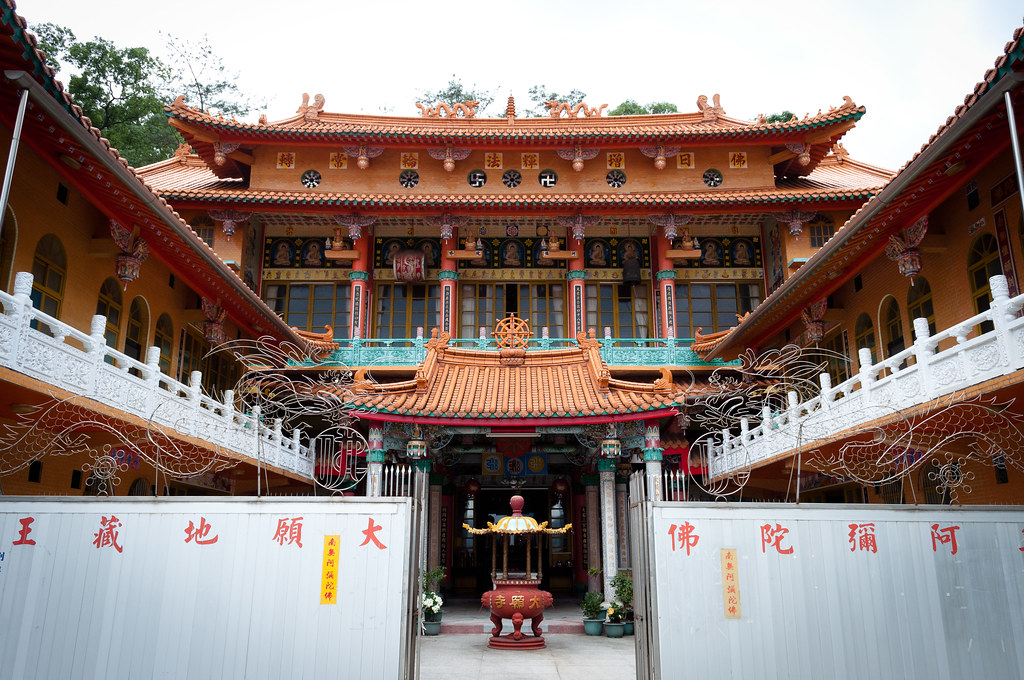 …and its big Buddha who overlooks my school: 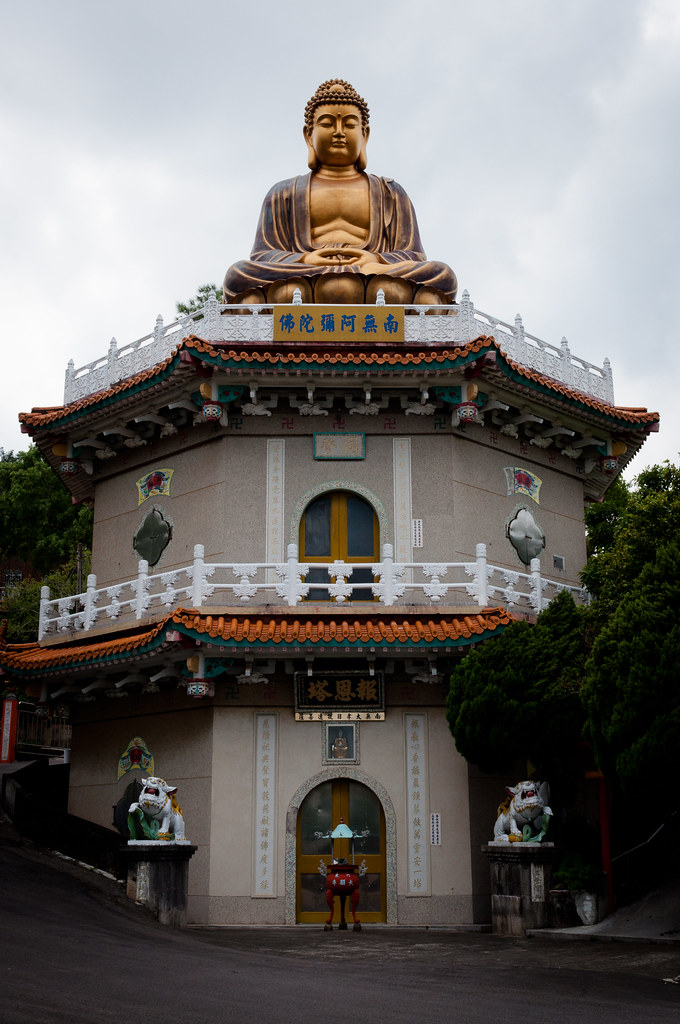 Moving to a different part of Korean history, Gyeongbokgung Palace is a major historical site and tourist attraction dating originally to 1395, but rebuilt as recently as the 1990’s due to war and its symbol for Korean pride even in the midst of Japanese occupation.

Part of a visit is a changing of the guard to the palace gates, where costumed soldiers march in to the area. This gave a perfect beginning to the visit.

Above: this symbol, seen on a ceremonial drum, is a variant on the Taegeuk, or 태극, an ancient symbol which appears on the national Korean flag in a two-color form. The example above is three-colored, so its known as the “삼색의 태극,” or “Samsaeg-ui Taeguek.” Yellow represents humanity, while red and blue refer to heaven and earth.

Last Sunday, a celebration of San Tai Zi ( 三太子), a major figure in Taiwan’s popular and religious culture occurred throughout the streets of Jhubei, heading north toward Hsinfeng. I’m always excited by the chances I get to see these parades as I really get to experience the culture, practice my bad Chinese, and interact with the people.

Above: a spirit medium representing who I believe to be San Tai Zi dances in front of a moving altar with onlookers watching. This was taking place, as you might see with the truck in the background, on a busy highway bridge to Hsinfeng.

Above: a temple leader shows off his sash.

Above: a two-faced god, representing Yin and Yang (陰陽).

These images are from a sort of park for Okinawan culture. Ryukyu Mura, or “Ryukyu Village” is a park that showcases much of the culture of the island, featuring buildings that have been moved from other parts of the island. Even if it lacks the authenticity of a real town, I’d say that this is necessary as 90% of the buildings of Okinawa were destroyed during the 1945 battle and this park does a great job preserving the culture from previous times.

One of the first things visitors will notice is the sanshin, an instrument with three strings that sounds like a banjo, is often made from snake skin, and looks similar to the Chinese bowed Erhu. The sanshin is plucked and is a mainstay of traditional Okinawan music. I’ll attach a video first, because you really need to hear it to understand it:

In addition, Ryukyu Mura has a bit of a “Colonial Williamsburg” feel to it as costumed staff demonstrate daily life in the Ryukyu Kingdom and in old Okinawa:

The rest are from a performance that

Shuri-jo, or 首里城, is a castle located in southern Okinawa which I visited last week while on a trip to the Japanese island. The structure itself is rebuilt, having been used as a Japanese military headquarters during the 1945 battle and subsequently destroyed during the fighting. It dates back to the 14th century, during which it was part of not Japan, but the Ryukyu Kingdom. The Ryukyu culture, which is similar in many ways to Japan through language and culture, played a central role in trade in the region. It was, however, taken over and annexed by the 19th century as Okinawa became Okinawa Prefecture.

Jhunan, or Zhunan (竹南) is a city in northern Miaoli County, Taiwan located about twenty minutes south by train from Hsinchu City. Its name comes from the Chinese word for “bamboo” (竹, or Zhu) and mixes in the direction “South” (南, or Nan) and literally means “south of bamboo.” Hsinchu, or probably more correctly “Xinzhu” means “New Bamboo” – so this obviously refers to the larger city in the north.

One of the main draws in the city is a temple dedicated to Mazu (媽祖), goddess of the sea. Mazu is huge in Taiwan as a religious figure. She is also referred to as the Heavenly Queen or simply as “Grandmother” or “Mother” as the name Mazu actually implies. The temple is home to the largest statue of Mazu on the island – to my knowledge. It is said to be over 100 feet from bottom to top and I will post more about it later.

Something that is less known about the temple is the 10,000 or so Mazu statues that line the walls of different floors. I wasn’t sure if that was an accurate number at first – then I started to climb stairs and see the huge number of figures. They line every wall in the temple in some parts, acting much like the golden temple donor plaques. These shots are made at an angle and it was hard to grasp the huge number while still dealing with the low light – you’ll just have to trust me when I say 10,000.

I’ll be posting more about Mazu in the coming weeks as the Jhubei temple will soon be having a large celebration. The last big Mazu event I attended was the Mazu Pilgrimage, which takes place around the time of her birthday in Changhua City. You can see posts here and here.

On Double Ten, the day which marks the Republic of China’s independence from the Qing Emporer, huge masses of people flocked to Chiang Kai Shek Memorial to witness a military display celebrating an anniversary of Nationalist rule. While Taiwan itself hasn’t been in its current form for 100 years, it is celebrated much more heavily here here than the mainland, where the date is foreshadowed by the 1949 Civil War.

It was nearly impossible to get a view of the main parade ground with the amount of people. For this reason, I stuck to the sides and got shots as the drill teams and bands came off and marched away. The day was beautiful for photography as it was a bit overcast but rather bright. The white tile ground acted as a huge reflector, which made things easy for me.

Lukang, or 鹿港, literally means “deer harbor.” It’s a small town just west of Changhua City (彰化市) which was once known for the trade of deer furs and other trade goods, being situated at a point in Taiwan very close to the Chinese mainland. At one point, it was the second-largest city in Taiwan, just after Tainan.

One of the city’s features is an “old town” consisting of brick buildings dating from hundreds of years ago. Mixed into this are countless temples which have seen new life as Taiwanese tourists visit the city.

These are assorted shots from those temples – the biggest being Mazu and Longshan Temples.