Since I’ve been lazy with the camera as of late, I decided to at least reprocess some photos I have backed up as NEF (“raw”) files. Some of these date 3-4 years.

While I’m not personally an overtly religious person, places of worship have always fascinated me – something people who have followed this blog will notice. In a way, they encapsulate a place’s culture. I think a perfect example is this first church, located in Hsinchu, Taiwan. Note the differences in architecture compared to the American churches below.

Something else that interests me is the difference between more rural and urban churches. In League City, Texas, a small farm town until it expanded recently due to suburban expansion, Saint Mary Church’s old building is now a historical site for the town. I found its humble stature interesting, especially compared to St. Paul, located in nearby Houston.

For good measure I included a few Buddhist temples which also show differences in geography. This is less evident however in these photos, but can be seen when visiting these temples in China/Taiwan/Hong Kong versus Thailand and Cambodia. 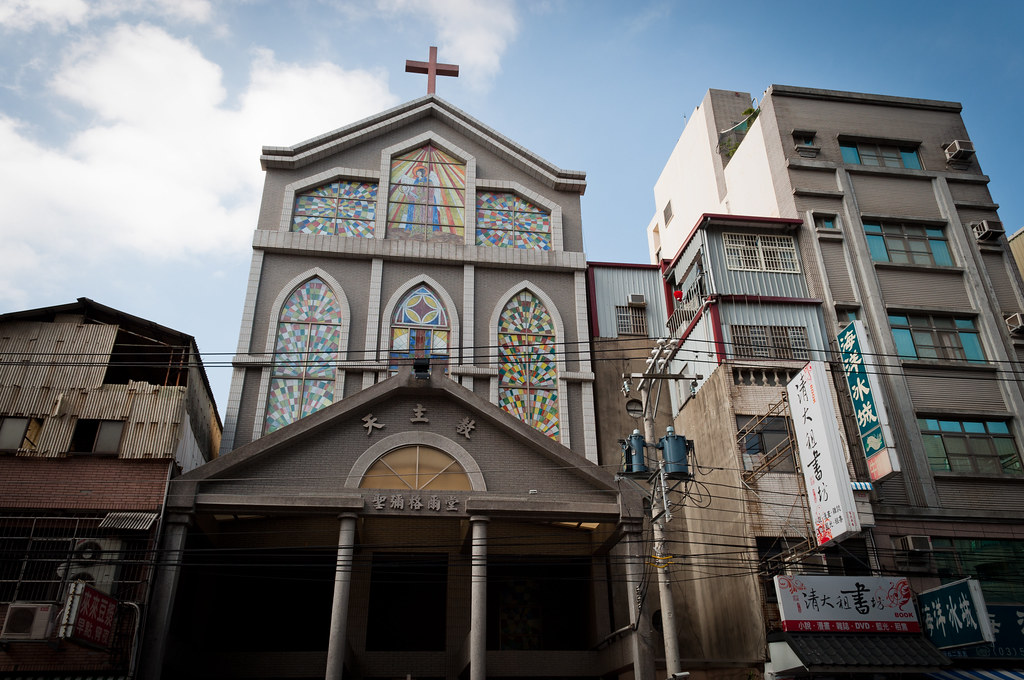 Above: a church located in Hsinchu, Taiwan. 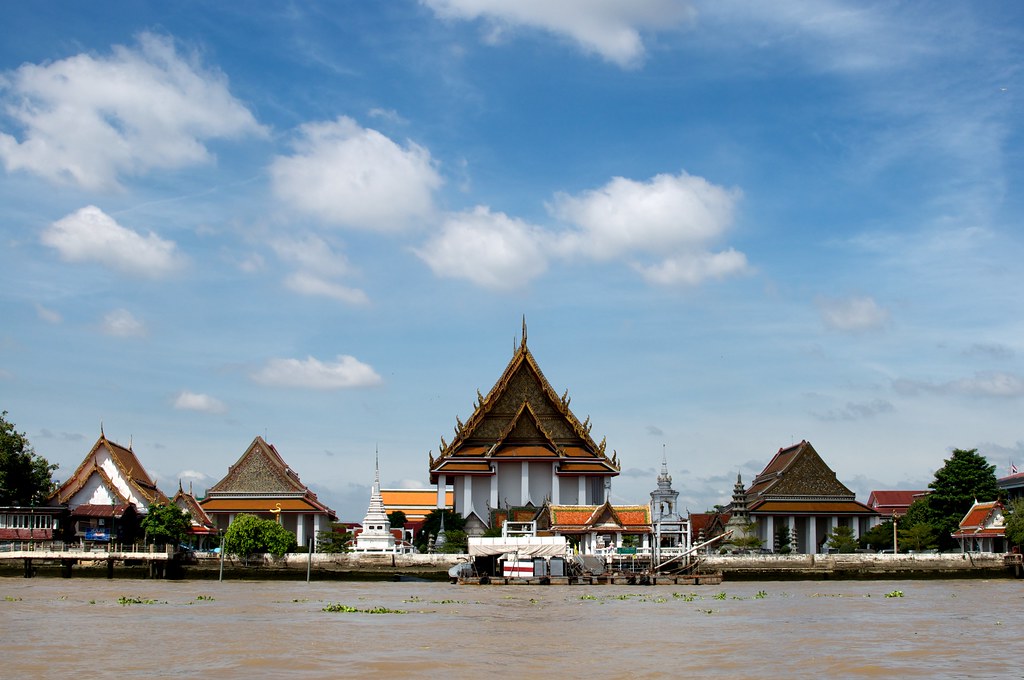 A Buddhist temple located on the Chao Praya River in Bangkok, Thailand. 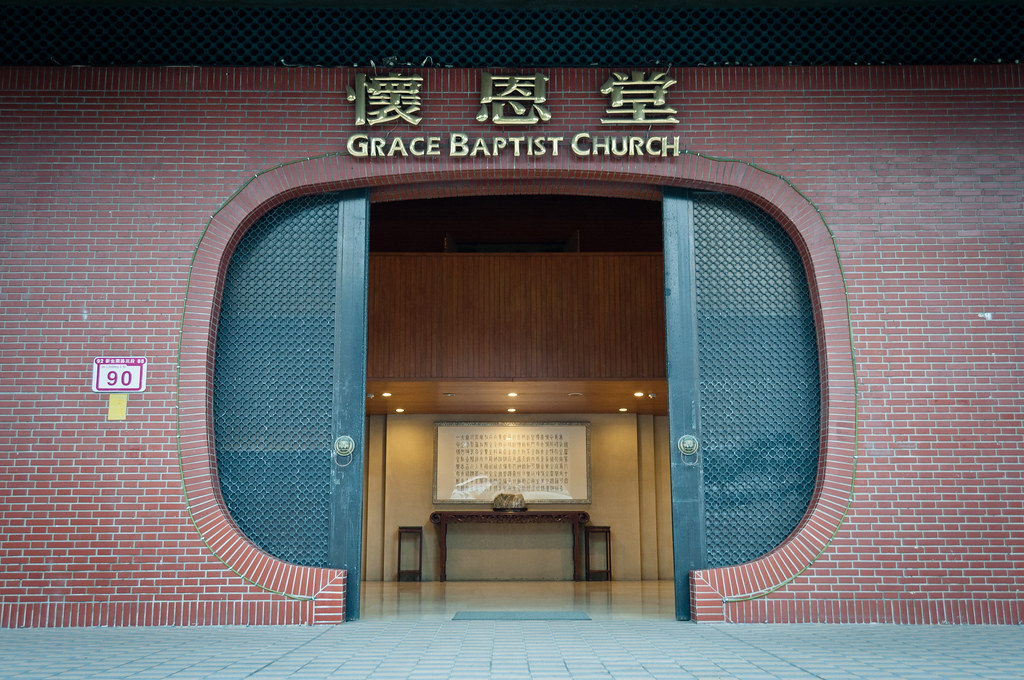 A Baptist church in Taipei, Taiwan. 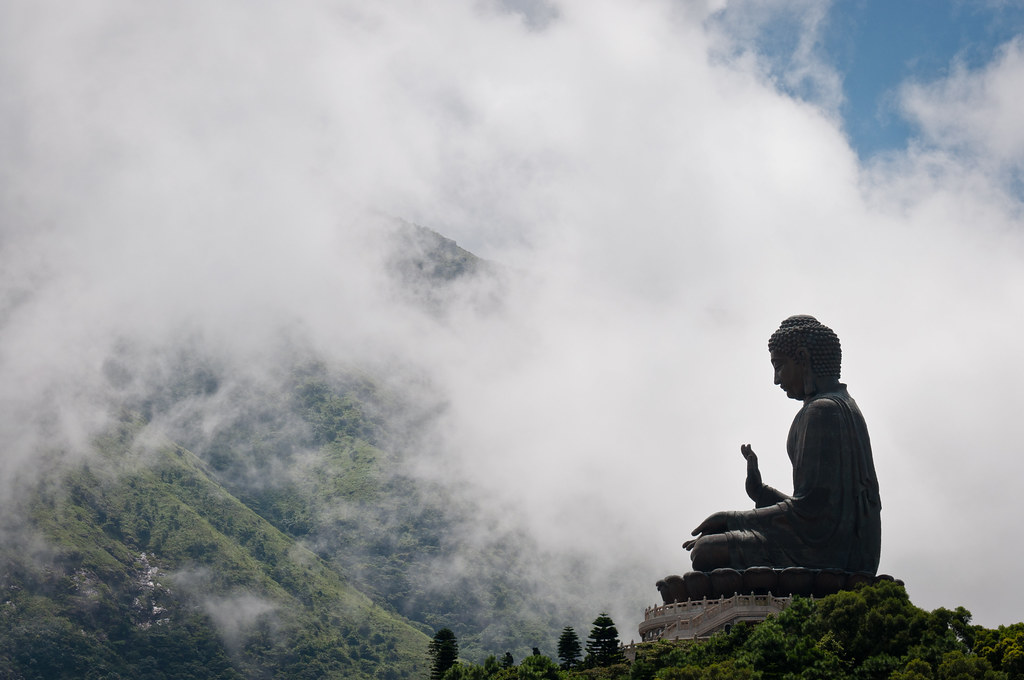 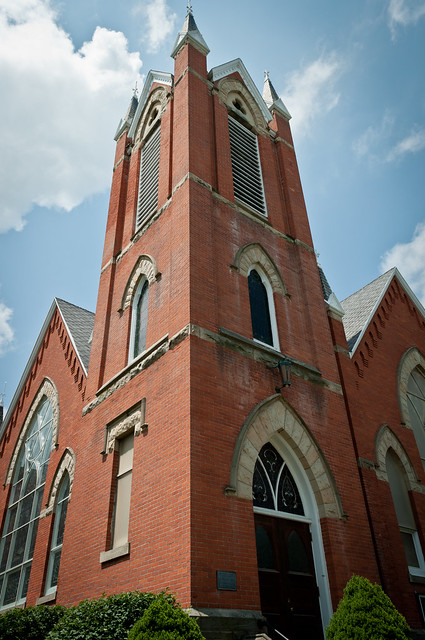 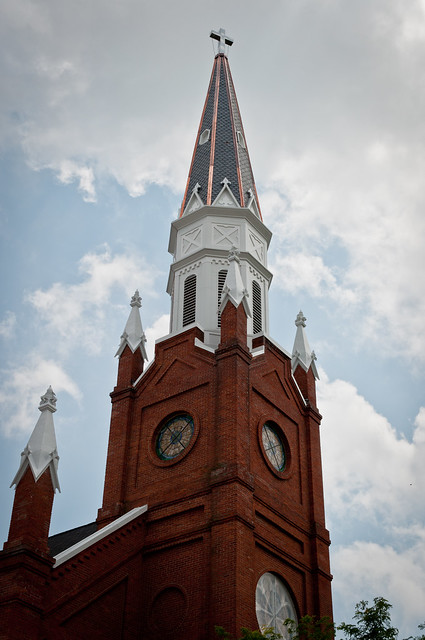 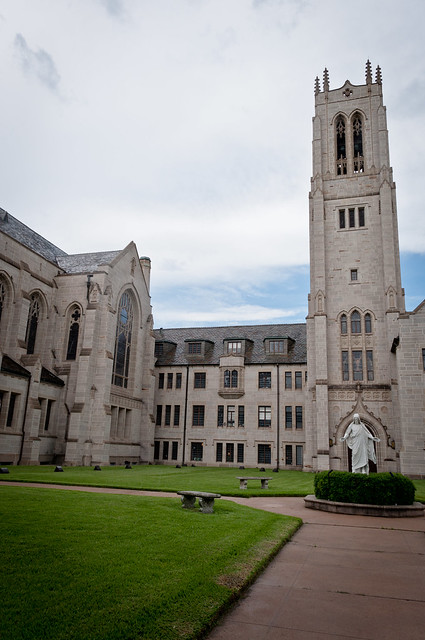 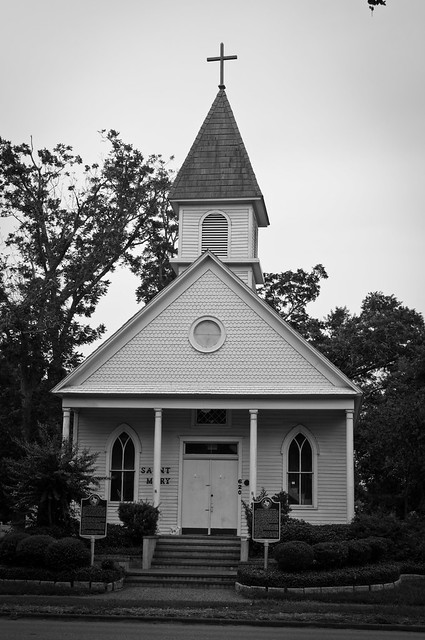 While I included a photo of the Tian Tan Buddha in the last post, I’ve decided to just do this trip in chronological order, so that basically means starting with some city-scapes I took during the first night Yuling and I arrived in this massive city.

We ventured out on a few boatrides, and I had the chance to see a beautiful sunset along with a nice, partly cloudy night for getting photos of the city itself.  Of course, I had to be careful – these long exposures are not my thing and they are especially not my area of specialty on a moving boat.  The good news is that I did have a small tripod for night landscapes, so I did get some usable shots.

First, starting off early-evening with a shot of the famous Peninsula Hotel.  This is an HDR image, and I see why the only thing most people can afford is a hoity-toity tea party during the day:

…the photo above is what I’m sure is a hotel near the Peninsula – not sure on the name, but I liked it.

In the above, a ferry much like what we took is heading across the harbor.  I was happy to get the focus on the boat, but would’ve been happier to have my newly-purchased 70-300mm Nikkor lens with me to get some shots of the old-style Chinese “junks” also sailing in the harbor.

…as to why that building on the left is bending, you can blame my camera lens.  While there are special lenses for architecture shots, I’m not rich enough to worry about it – I almost like the slight fisheye effect we get at wide angles such as this.

…and on the other side, looking at Kowloon at sunset.  Our hotel was in Kowloon and was VERY nice compared to what we payed – located in the Tsim Sha Tsui district.

The Golden Bauhinia, a golden representation of the flower on Hong Kong’s flag, was a gift by the Chinese government to the city of Hong Kong as a result of the 1997 declaration of sovereignty from Britain.  I could tell the Chinese see this as a symbol of pride, as tourists were taking photos of it and paying for professional photos of the statue.  Along with this were some Beijing 2008 logos, interestingly enough… good marketing for a Communist country!

The above is an HDR of the HK convention center.  Overlooking the harbor, its area provides great views of the main island’s skyline AND Kowloon.

…which is where I got this shot.  I set up my tripod on a very convenient base for a floodlight.  I really need to get a bigger tripod though – I could have gotten more direct shots of the city itself.

…and the last was taken during our harbor boat ride.  Notice the glassy water – I had to take at a longer exposure and took a LOT of photos trying to get this to match a crisp-looking city.  Of course, the city isn’t perfect, but passable, and I got the colors I wanted.

More HK photos will be coming in the next few days.  As you can see, it’s a beautiful city… and I haven’t even included photos of mountains yet.  At the same time, Yuling and I are both glad to be back on Ilha Formosa – the Portuguese term for Taiwan… which perfectly translates to “beautiful island.”

After three days of exploring Hong Kong, Yuling and I are back in Jhubei and quite exhausted. The great thing about not working until the end of this month is that I had today to sleep away – I didn’t get out of bed until about 11:30 – a good 11 or so hours of sleep.

During our three days, we were active during every waking hour – exploring nightmarkets, famous landmarks, and taking in the beautiful view of the city. I do have to say (and this is a good thing) that I prefer Taiwan. A few things work against HK – the fact that it’s so expensive, very Westernized, and sometimes just too touristy.

With that said, I’m glad I made the visit. I’ve at least got it off “the list” and have to say I did enjoy my time. I will be posting my first photo I’ve finished here for now – an HDR of the Tian Tan Giant Buddha, a massive bronze statue, and will be getting the rest of the trip’s photos up in time.

…so this blog won’t be updated until at least this weekend with more photos.  In the meantime, I created a video about my first week in Taiwan.  Since my DSLR, a Nikon D-5000, records video, I’ve decided to learn some basic video editing.  Unfortuantely, a few things work against me:

Anyhow, here it is below: