In Taiwan: Year of the Horse

Some random shots from back in Taiwan. I do still live here after all!

I’ll be posting more from Indonesia again but here’s Ilha Formosa in the meantime. 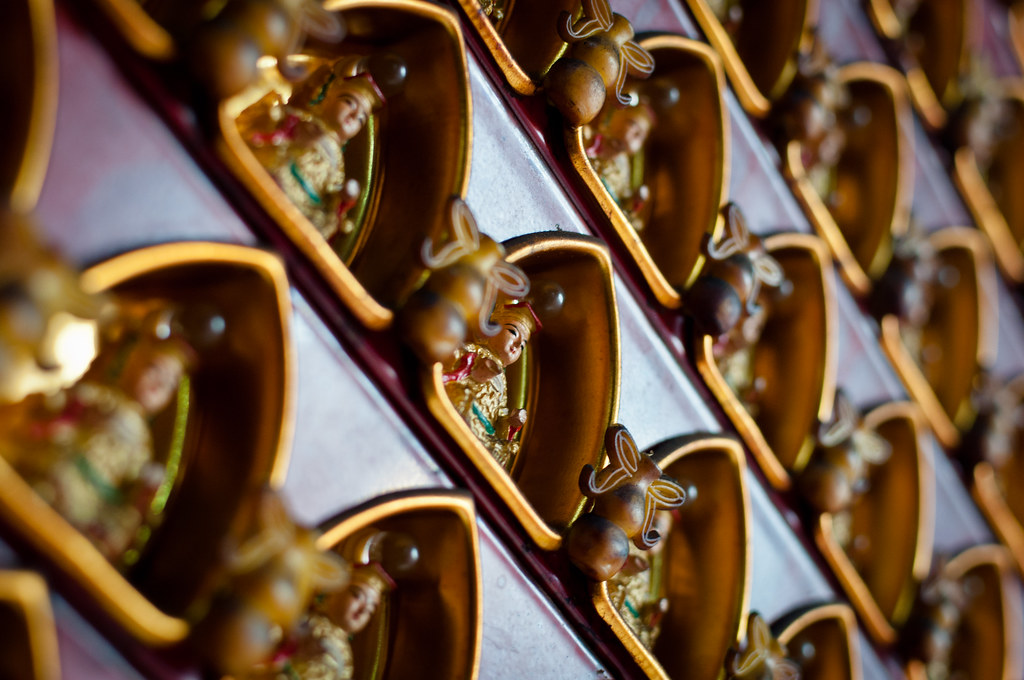 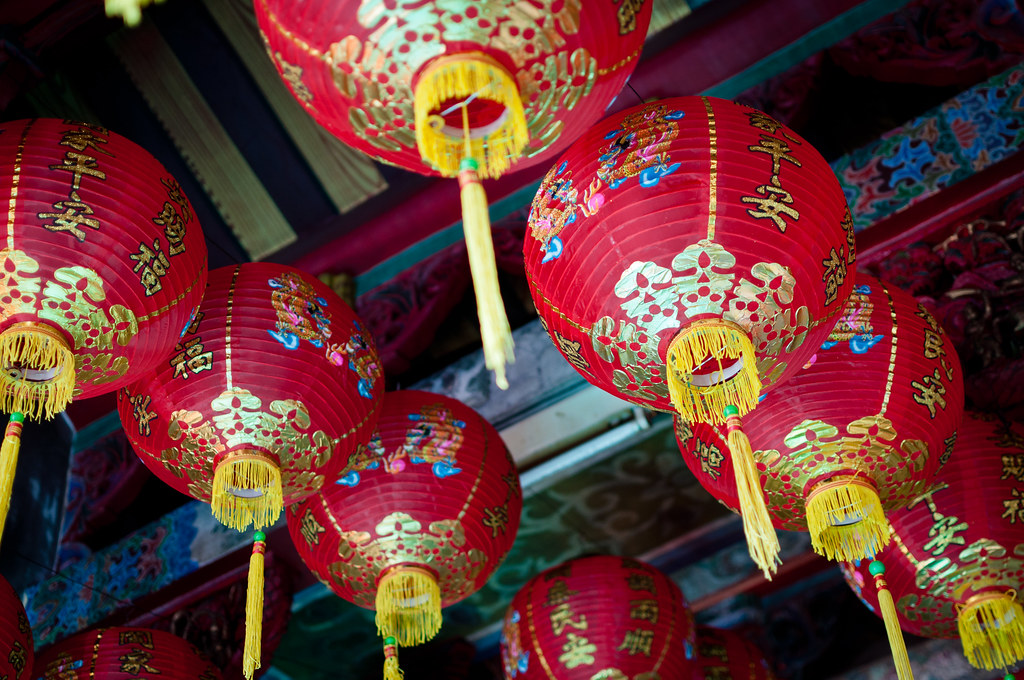 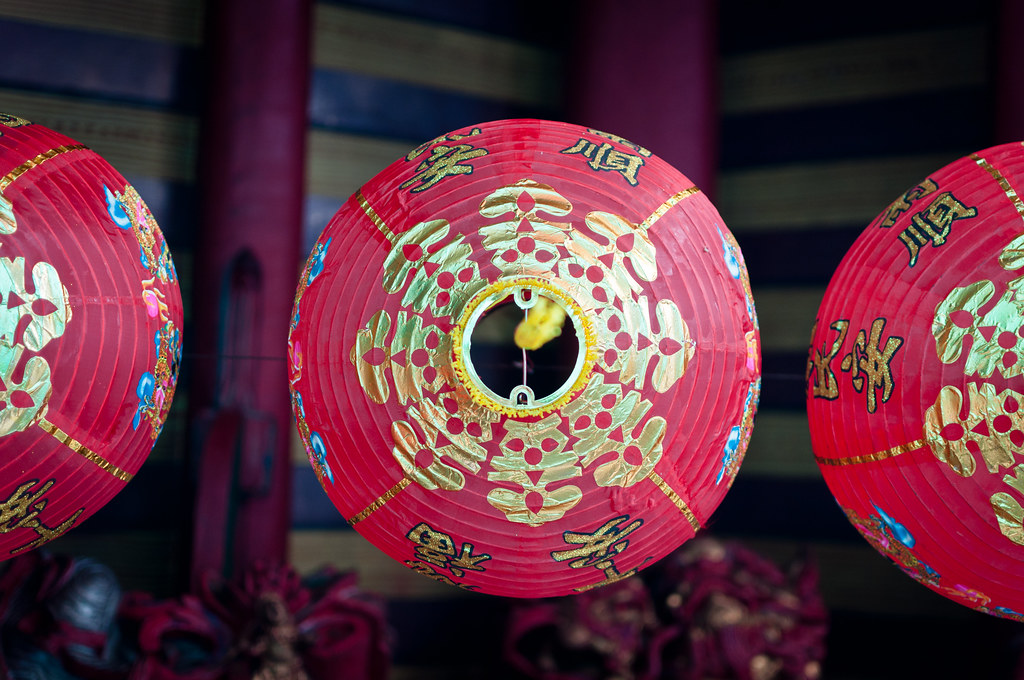 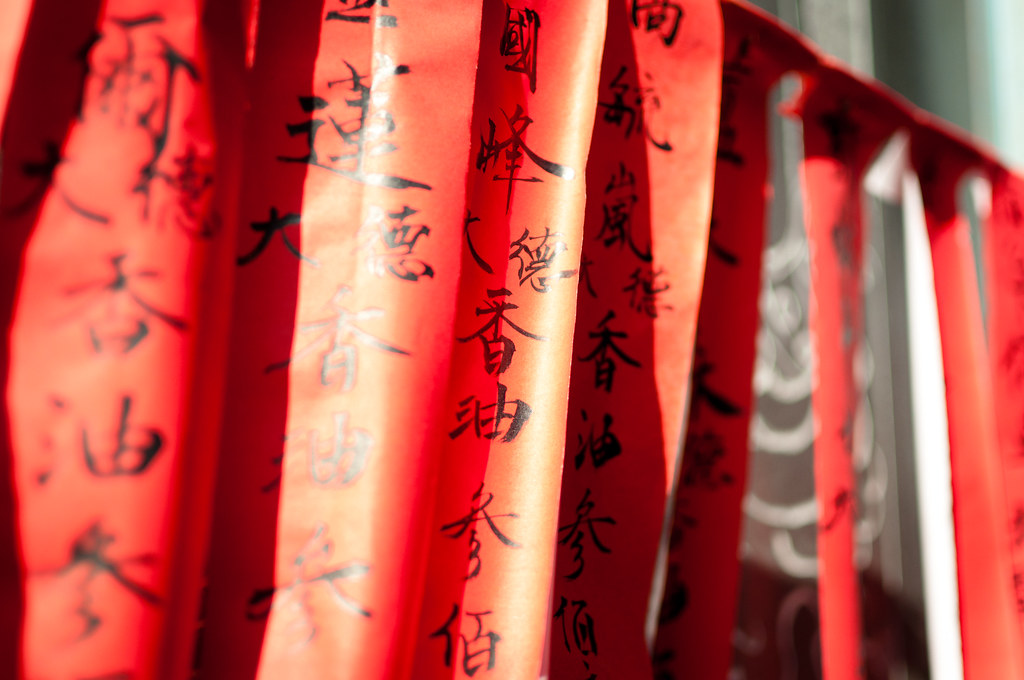 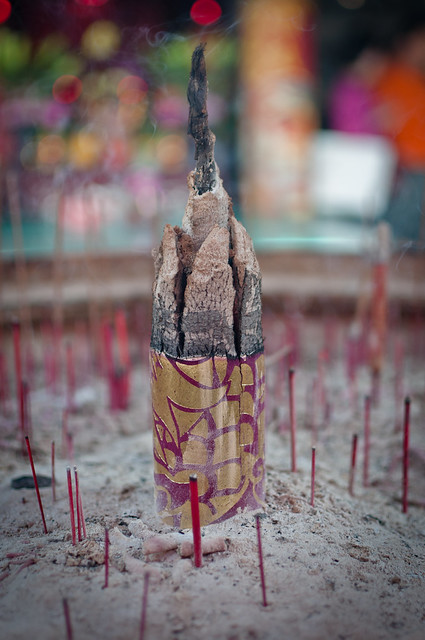 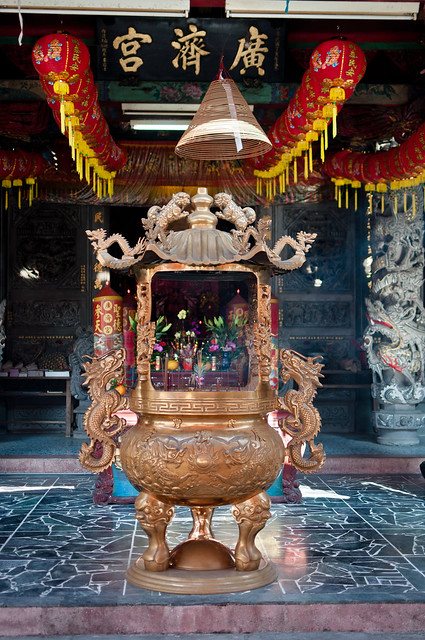 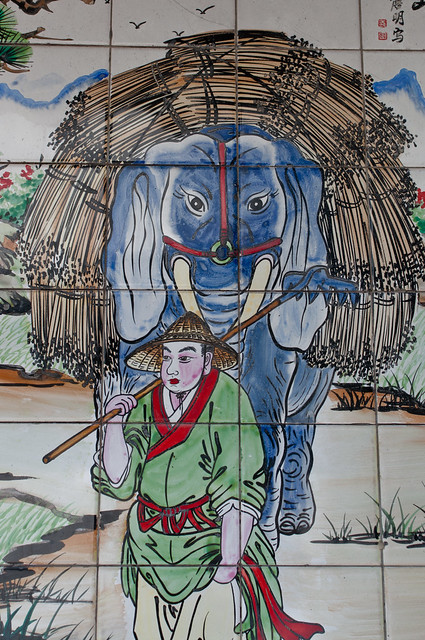 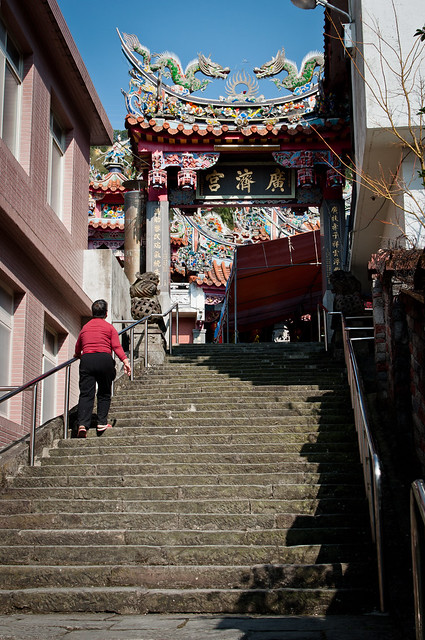 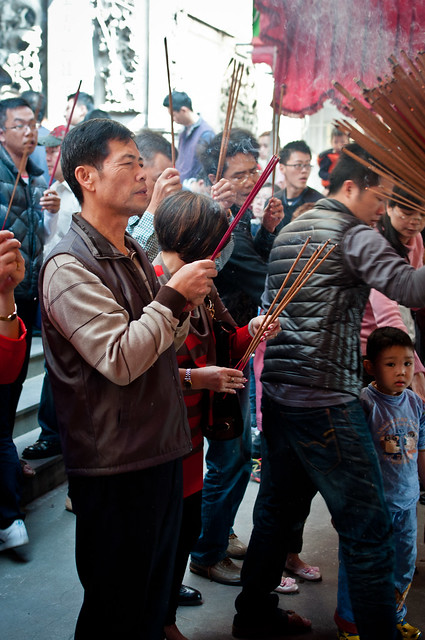 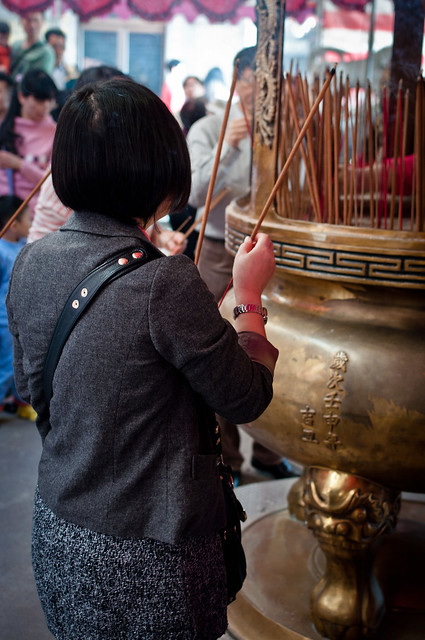 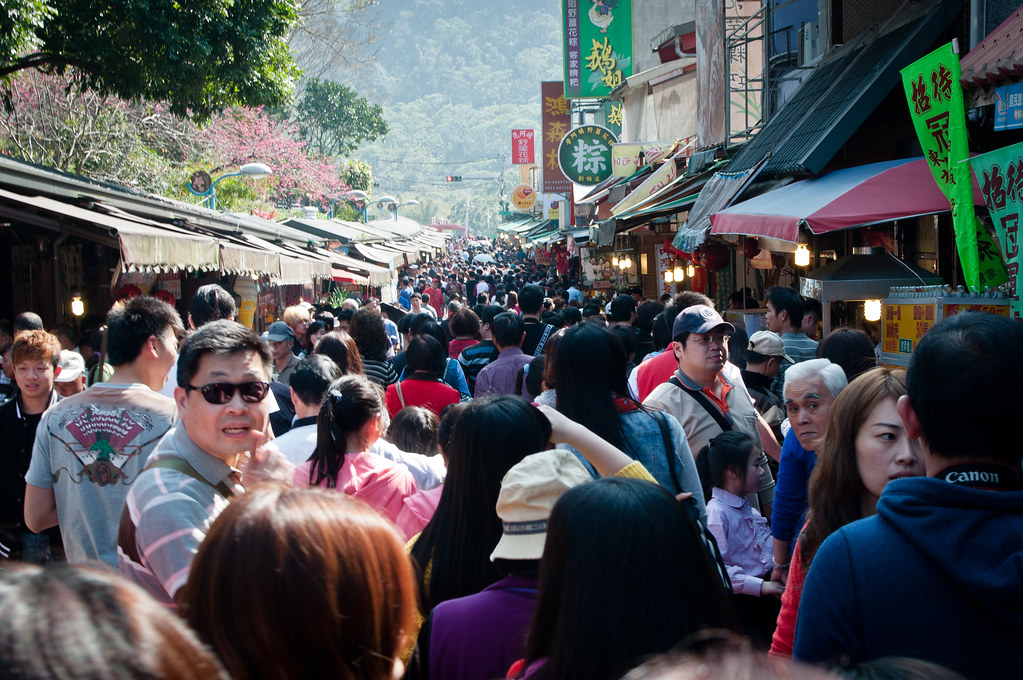 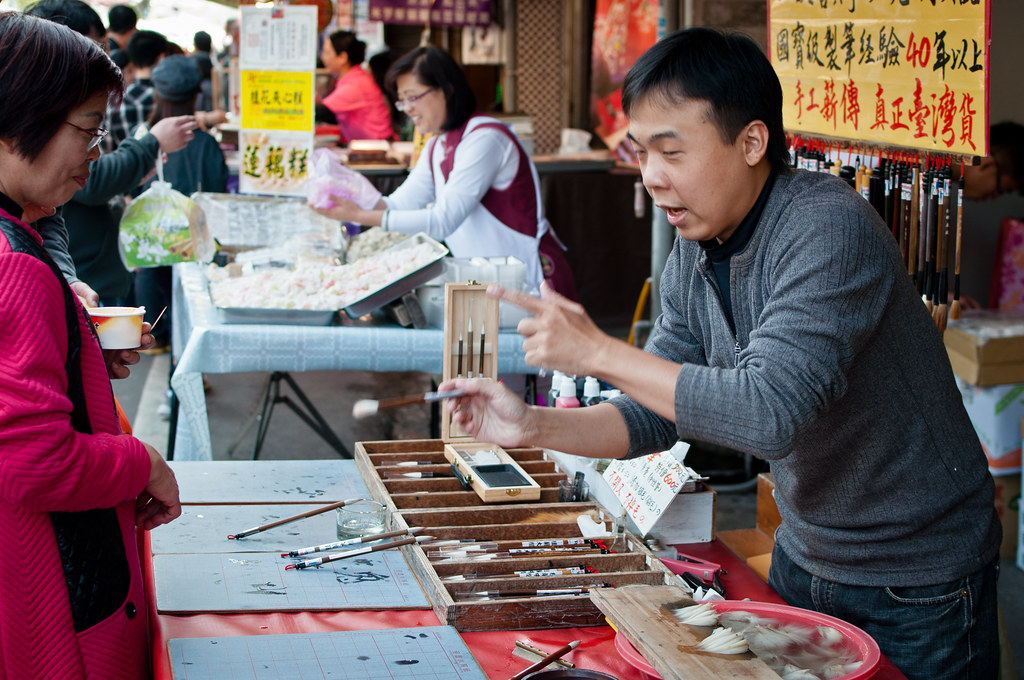 These shots were taken with a not-so-recently acquired Olympus OM-2S, an excellent SLR from the 80’s. I love the mechanical feel of film cameras (and DSLRs as well, to an extent) but can’t say I love the cost per-click or the hassle known as film. For this reason I find this to be a great learning tool as I have to think about each shot. This roll was started in 2011 and I’m just now posting it – so it shows you the lack of turnaround that makes me thankful that I started on digital!

Above: first shot. Film was ISO 400 Kodak Tmax. I got some more “grit” and problems as they scanned my photos at a pretty low resolution, but oh well.

Above: Wedding in Taoyuan County, Taiwan, 2011.

Above: Wedding in Taoyuan County, Taiwan, 2011.

Last Sunday, a celebration of San Tai Zi ( 三太子), a major figure in Taiwan’s popular and religious culture occurred throughout the streets of Jhubei, heading north toward Hsinfeng. I’m always excited by the chances I get to see these parades as I really get to experience the culture, practice my bad Chinese, and interact with the people.

Above: a spirit medium representing who I believe to be San Tai Zi dances in front of a moving altar with onlookers watching. This was taking place, as you might see with the truck in the background, on a busy highway bridge to Hsinfeng.

Above: a temple leader shows off his sash.

Above: a two-faced god, representing Yin and Yang (陰陽).

This man was at the Jhubei Mazu Temple parade last November, which I posted lots of photos from after the event. I’ve decided to go ahead and post a few more, as I have neglected quite a few decent shots from that day.

If you ever end up following one of these groups, it’s best to make sure you have water, a mask, and earplugs. Trust me.

I guess these are quickly turning into monthly posts, but at least I’m posting something! These are from Jhubei over the past month.

The side to this building looked a bit like… the Polish flag!

These shots are from the past month – as you might see from the lack of updates lately, I haven’t been out much partially due to the cruddy weather. However, with Spring’s arrival, the clear days are increasing as the temperature does too and I’ve been taking more shots this past weekend.

Out and About on New Year’s Day

These were taken on January 23, the day which Chinese New Year began on this year’s lunar calendar. It was a bit early for this year, but I didn’t mind having a week off to relax and take a photo or two. Most of these take place in temples and markets as both are full.

Temples are full, as Jhubei Mazu Temple above shows, as people make prayers and concessions on the first day of the new year. Certain things are considered auspicious depending on the year – many couples will get married and have kids for example, in the Year of the Dragon.

…and another at the incense holder in front of the temple. The area was crowded an the 18mm end of my lens came in handy.

A fire burns away ghost money, used as a form of currency for spirits in the afterlife.

Deals, deals, deals are everywhere on the first day of Chinese New Year. Competitions and contests offer free trips around Taiwan and heavily discounted travel deals to those who ask. This guy was getting his audience stirred up for trips around the island.

I know I haven’t posted ANYTHING yet this year. The reason for this is because of a few personal changes that made me pretty busy mixed with some absolutely nasty weather here in northern Taiwan. Nasty weather makes it hard to get yourself to go out and shoot, and I hope to alleviate that with today’s beautiful Spring-like day.

This single shot today is taken at 18mm, or a crop-sensor equivalent of about 28mm, was taken as I try to explore other focal points than the regular 35mm/50mm.

It’s actually not the most exciting picture, but the subject itself is pretty cool. This is a Hakka cultural park in Jhubei. Rather than demolish these old farmhouses in the midst of a huge real-estate boom, the developers of this park created a place for locals to preserve and learn about their culture. I’m a huge fan of it and it sticks out in contrast to the modern city surroundings.

I used Lightroom’s rather amazing distortion/lens profile features to fix the image and have been enjoying using Lightroom since the death of the MacBook a few months ago.

With Chinese New Year, a relaxed schedule, and HOPEFULLY, some decent weather, I plan on getting many more images up in the next few weeks.

I decided to put together ten shots from 2011, mostly based on popularity of posts, but also including shots that I really grew with as a photographer and just plain old like.

Let me know what you think. I’ve linked each image to the Flickr page and each description to the original post.

This guy was taking part in the annual Dragon Boat Festival (龍船節), a major Chinese holiday celebrated as a bank holiday in Taiwan. Cities all over the island hold races between dragon boats – large, colorful regatta boats powered by rowing teams. This particular race was in Hsinchu.

These dancing San Tai Zi (三太子) gods were in Taichung during the annual Mazu Festival. The festival involves a large pilgrimage which takes days to complete and the size of which can only be explained as “massive.” See this for the original post.

Hsinchu’s East Gate is seen here at the “roundabout” in the city’s center. This photo was taken with my iPhone and the app Instagram. More shots can be seen here.

Not long after the Mazu Festival was Spring Scream, a multi-day music festival held annually in Kenting, located on the southern tip of the island. This was a Japanese punk band called Samurai Attack, or SA.

In the days and weeks following the Fukushima incident, the international controversy surrounding nuclear power reached Taiwan. I took a look at a protest taking part in Taipei.

This was taken during my trip to Thailand last summer. Wat Arun is the tallest temple in the city of Bangkok and one of the most amazing places I’ve visited.

Another “touristy” shot from Southeast Asia, but one which I had in mind as soon as I got on the plane to Asia. Angkor Wat is a spot that everyone needs to see and its location in Cambodia is changing the face of the local town, Siem Reap.

This bear was at the Taipei Zoo, an extremely affordable and large zoo located in the country’s capital.

Also in the capital is the Chiang Kai Shek Memorial, home to one of many ceremonies showing the changing of the guard. Precision and solemnity highlight this ceremony.

And the last is a shot of a sushi joint called Sushi Express from a newer camera, the Nikon P7000. I wrote about my initial reactions and posted some shots around the time of Dragon Boat Festival weekend. It’s a nice camera, but the lack of a mechanical shutter kind of irritates me.

For anyone who follows my blog: thanks! To be honest, I mostly blog because it forces me to take pictures. The fact that I have a bit of an “audience” helps me get out the door with my camera in hand. Doing this has helped me develop my photography and force me to make the photos “good enough” for public consumption. In the future, I hope to add a little more as I delve into film photography and continue to explore “Ilha Formosa.”

Note: I will not be posting much in the next few weeks as I’m heading back to the US to see my family and to get “married again.” You see, my wife and I were married in Taiwan. My family was unable to make the wedding and my mom would probably kill me if she couldn’t see me get married, so we’re having a second, smaller ceremony in the US. I’ll probably be posting some images from the US – including Ohio and NYC at some point.

Today’s images are from the weekend of 10/10, when a number of drum groups visited Jhubei for an annual drum competition and concert. These shots were taken during the day – others  can be seen from a large concert the night before.

I know very little about this group, other than that they’re from Japan and full of energy. One of my favorite groups to see by far.